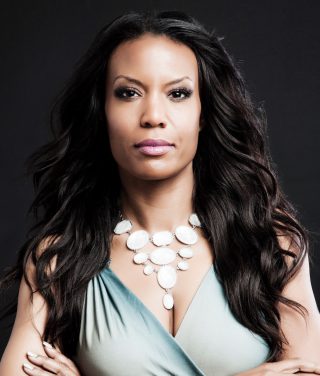 A vocalist, songwriter and producer, Lisala Beatty has a signature Funk/Hip-Hop/Jazz sound she calls “Grit Soul.” Her voice is sanctified by lush motifs that call vocal pioneers Ella Fitzgerald, Whitney Houston and the Clark Sisters to mind. She blends vintage heart stirring vocals with inventive songwriting. Hers is the sound you’ve been listening for.

Lisala emerged as a solo artist in her native New York City with a self produced, independent release entitled “Get It” in 2003 featuring esteemed musicians such as Vijay Iyer, Brian Jackson(Gil Scott-Heron) and Kirk Douglas (The Roots). Her emotionally raw song “Last Tear” was featured on several soul compilations, and her innovative rendition of “Tell Me Something Good” got the legendary crooner Chaka Kahn to take notice and seek Lisala’s songwriting talents.

For nearly two decades, Lisala has been a featured vocalist in Burnt Sugar. She toured France and Canada in 2015 with the The Black Rock Coalition’s all female Orchestra, saluting pioneer Black female songwriters. There, Lisala debuted some of her newest compositions. Her vocals were featured on rapper Jadakiss’ song “I Tried” from his 2009 Island/Def Jam release and she sang and co-wrote a song with producer/artist Angela Johnson entitled “Walkin” which appeared in an episode of A&E’s drama “The Glades” in 2012. Lisala’s soaring vocals are also featured on recordings in the dance world by DJ Ambrosia as well as the 2015 single release “The Way Love Is” produced by DJ Moon Rocket.

Off stage, this Wharton School of Business grad is the Program Manager of NYC’s largest music education non- profit program called Music and the Brain (MATB). MATB provides curriculum and piano keyboards to teach young school students to read music and develop piano skills as part of their core academic education. Since 1997, MATB has benefitted more than 400,000 students in more than 275 public schools. Lisala’s voice and arrangements are featured on hundreds of recordings used in classrooms throughout NYC and beyond.

With live performances riveting audiences in France, England, Spain, Russia, Italy, Japan and the US, Lisala delivers bold creativity through her compositions. Lisala is currently writing and recording new music.