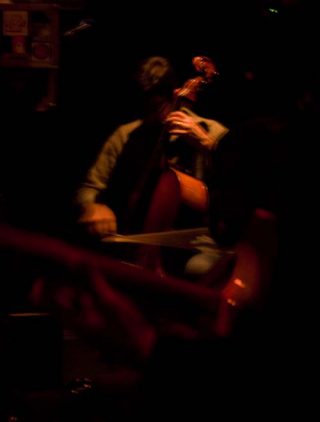 An active performer,  cellist Will Martina has developed an approach to performing and collaboration – incorporating improvisation as well as more traditional ways of playing – which has enabled him to work across a broad range of musical styles and in venues from Carnegie Hall to The Stone, and every kind of space in between. He appears regularly with The Bassam Saba Ensemble, Burnt Sugar The Arkestra Chamber, Jason Lindner’s Breeding Ground, in musical and theatrical projects with Melvin Van Peebles, and is a founding member of the New York Arabic Orchestra.

Will has also recorded two albums as a leader; the first an album of composed and improvised duets and trios with the drummer Nasheet Waits and vocalist Justice Dilla-X, and a trio album of original compositions, ‘The Dam Levels’, with the pianist Jason Lindner and drummer Richie Barshay.