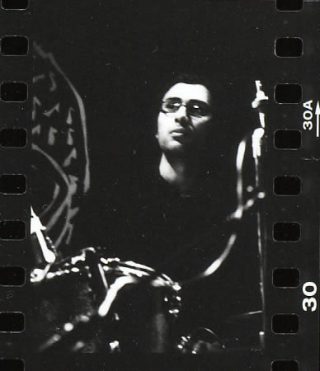 As a composer and performer of multi stylistic music, Qasim Naqvi has been involved in many fronts, navigating through the corridors of free improvisation, rock, electronica and contemporary classical music.

As a composer, Qasim has produced works for The California Ear Unit, The Loos Ensemble of the Netherlands, The New Century Ensemble, Midnight Winds and Others. He is currently musical director for Ensemble Pakistan.

He has completed fellowships at Harvest Works, Art Omi, Academie Schloss Solitude and Steim. A native of New York, Qasim’s origins lie in improvised music. While living and studying in New York, he worked as a drummer accompanying such artists as Reggie Workman, Don Byron, Butch Morris, Brandon Ross, Shahzad Ismaily, Elysian Fields and others.

Heavily immersed in the downtown scene, he felt a growing urgency to broaden his understanding of composition and decided to pursue a master’s degree in composition and performance at California Institute of The Arts. He is currently a member of the Axis Trio, Dirty Squid, The Pleasure Circus Band, The Beggar Collective, Dawn of Midi and Henry Wolfe.

Qasim has also produced works for numerous Coreagraphers in New York and Europe including Gabri Christa, Yael Caravan, Tai Jiminez, Tin Pen Chi and Adapt. His film works have been seen on The Sundance Channel, HBO, NBC, PBS, The Tribeca Film Festival, Sundance Film Festival, Claremont Ferrant and Others. Qasim’s work also extends into the realm of theater, including collaborations with the New Group in New York and award winning director Lars Jan. Qasim holds a Bachelors degree in Performance from Mannes College of Music and a Masters In Composition and Performance from California Institute of the Arts. He currently resides in New York City.