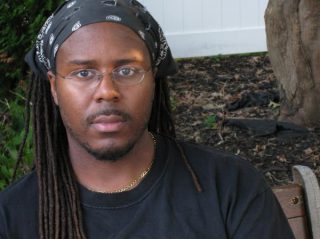 Drummer and composer, Trevor Holder, has been sought out for both his musical as well as groove-oriented approach to playing the drums.  Known as a “musician’s drummer”, Trevor’s sensitive and creative style has served as the rhythmic foundation for critically acclaimed artists covering various genres. His ability to simultaneously support a groove while generating side-conversation pieces has resulted in a sound that is unmistakably his own.

Born and raised in New York City.  His musical talent was revealed at the age of five, when he began composing songs on the piano.  Trevor developed his musical foundation in classical piano at the Manhattan School of Music Prep Division for nine years.  During his teen years Trevor’s musical interests expanded to the drum kit as he listened to the music of Jazz artists Miles Davis, Weather Report, and Rock group The Police.  His formal drum set studies began at Wesleyan University, from which he earned a degree with honors in music in 1996.

Drawing upon his West-Indian heritage and training in Western Classical music, Trevor’s language as a composer is also diverse.  His music draws upon Afro-Cuban, Swing, Reggae, and Funk rhythms, and don’t claim allegiance to any particular harmonic structure.  His original jazz compositions are a celebration of the many musical styles Trevor enjoys and performs.

In addition to his performance work, he currently gives private drum lessons to students at the Dalton School as well as at Trevor Day School in NYC.